a badly written review of ‘RESOGUN’

heres how the story goes:

a friend of mine had just got a Playstation 4 with a couple of games including Resogun as it was free on Playstation Plus, and like most people who had played the game he liked it, but had brought a full-price AAA title with the console and forgot about it.
i popped over one evening for another reason, saw the console and he showed me Resogun.....

i liked it, i, really liked it. from its stunning art style to its play mechanics

it reminded me of the games i used to play a little while back on the Super Nintendo [Konami’s Axelay]and Megadrive [Technosoft’s Thunder Force 4] then once more on the Playstation 2 with titles like R-Type Final and Gradius 5 and i realised then that i’d lost touch with a genre i’d once loved but forgotten about in favour of bigger, more mainstream titles which all of my friends where playing.

so, six months later or so when i brought a PS4 i got Resogun, liked the game as i thought i would, and mainly because there was only a couple of bigger titles i really was into on the format at the time i started playing more of it.

and it started drawing me in....

because the game is never truly unfair when you die, you realise its your mistake which coursed your death, and, with just another go you can beat that part of the level, then, the whole level, then, the end level boss. oh there’s four more levels each getting harder, and i only have a few lives, can i get to the end of arcade mode?

lives don’t increase with score like in most other shooters, you have to get them by saving humans which means doing a little bit more than just shooting everything on the screen so you have to learn how to traverse the level better, which doesn’t offer a start and a finish, its circular. difficult at the start, but it gets easier after you’ve mastered good use of the ships boost and overdrive functions: if you set it up well, flying through loads of enemies and seeing your points fly up with each connected hit never, ever, gets old and if you can time it well enough at the end you could start your ‘overdrive’ which is like a mini nuke going off then a massive concentrated beam of energy ripping through every enemy on screen accompanied with sound FX’s making you feel like a utter god, you can't be killed while in these two modes.... oh its ended.. damn.... it only lasts for a short length of time and you refill your bar by killing more enemies: they leave a green pixelated residue behind after being killed.

as i said before, the game is never unfair. which is why the survival mode is such fun; when you die its always your fault and you can do just a little bit better next time, just a that little bit further, just that little bit higher score if i only used something at the correct time... lets go again

theres a ship building section never gets boring mainly because you can change your ship stats as well: movement / boost / overdrive. your given 15 points which you can spread around the three sections with each section able to take a maximum of 10 points. your get to know what type of craft you feel comfortable with, but, you soon realise that the ship you like might not be the best one for a good top leaderboard score; most of the ships in the top ten of all the rankings are made with massive overdrives and boosts, but with limited movement, as boosting and overdriving gets you the most score

there are three main weapon types in the game: homing missiles, standard laser and shotgun heavy blast thingie, [nemesis / ferox / phobos] each offers a lovely difference and i prefer the standard laser as it comes out almost constant and fully powered-up all the way it feels like your just ripping through the enemies

dying has never looked so nice in this game weather it be yourself or your foes.
everything explodes into little blocks including the scenery behind you, well it would as everything it made out of little blocks, i’ve included at the bottom some screenshots i took with the in-game photo mode so you can see how utterly amazing to look at the game is.

please don’t think this is a ‘bullet hell’ type of game in the true sense of the word, you have to memorise the level and where enemies come yes, but, its not like Ikuraga or Crimzon Clover where the whole screen is utterly covered with bullets and you have to stick to a small little space to get through it all. in Resogun the screen is yours and its up to you on how you take on the enemies not the other way around.

i hope this ‘review’ kind of makes some sort of sense, this is a game that includes almost everything i personally found i loved in videogaming but for some reason forgot all about [probably because i stopped PC indy gaming for a while i think]
i’ve only scratched the surface of whats now included in the game post release, but my aim was to share my passion with the game and i hope this has shone through my terrible writing :-)


if twenty years ago this came out full-price in a box no one would batter a eyelid.... now though this genre is not taken seriously enough which is a massive shame 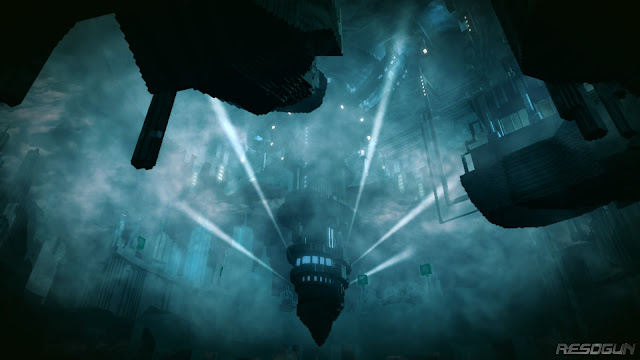 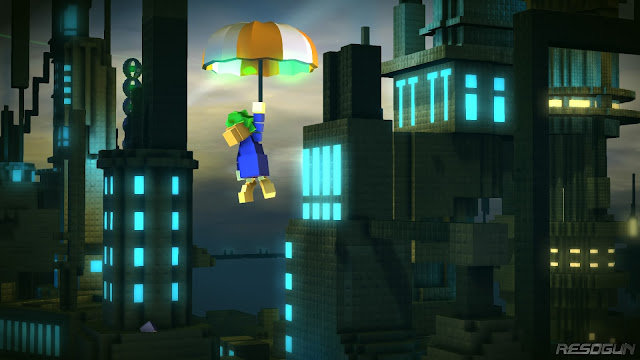 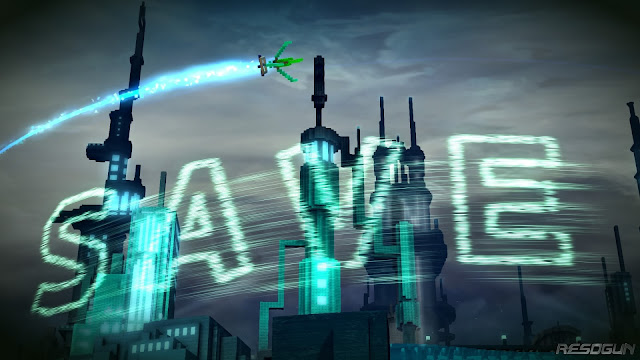 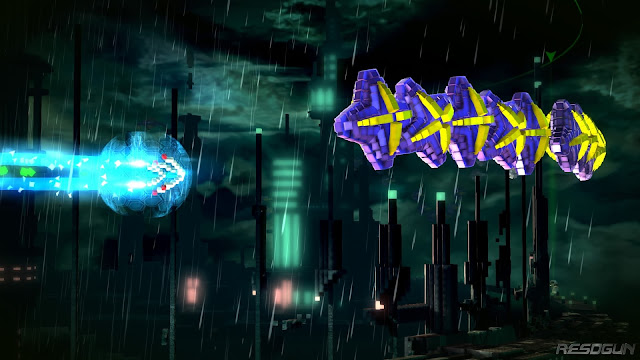 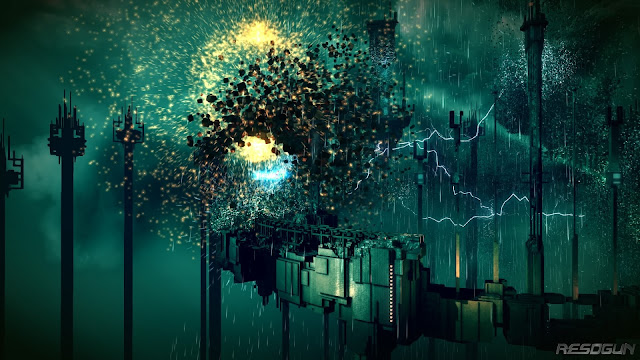 Posted by ultraviolet at 19:37